The Barn Theatre is currently in its second generation of Ragotzy ownership, and unbeknownst to some of you, you actually see the two who run the place on a regular basis! Brendan, producer and director, and Penelope, performer, publicist and more, both oversee all operations of the Barn together! We’ve created this article to help you get to know each of them a little bit better. And, so you can recognize them when you visit next! 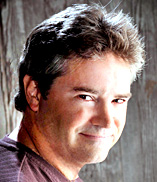 Brendan literally grew up in the business, beginning with his walk-on debut in 1966’s OLIVER!, and continuing as stagehand, spot operator, stage manager, actor, director, assistant producer, and now producer/director. Combining his parents’ attributes with his own practical expertise, we love that the Barn has him as the ideal leader.

In 1989, he made his directorial debut with HAIR, followed by several more productions. He has also staged his own original musicals, BILLY THE KID and OLD TIMER, the latter of which received a highly successful New York reading in 2003. RAUNCH AND ROLL, his latest original, co-produced with Friel Films and co-starring Barn actress and wife, Penelope Alex, just wrapped up its filming schedule and is headed to post-production!

Meet Penelope Alex Ragotzy
(Killer Queen this season, Among Others) 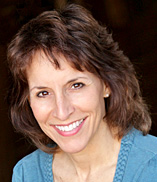 Penelope has more than established herself as The Barn’s quintessential leading lady. Her resume is highlighted by a series of compelling performances. Penelope has four film performances in various stages of post-production: SELLING STUPID, CHANCE OF RAIN, A HAUNTING IN CAWDOR AND RAUNCH AND ROLL. Penelope currently serves as the Barn’s Publicist, coordinates the hiring, and departmental placement of each season’s apprentice company as the Barn Theatre School Dean.

While these might sound like clearly defined roles, they are also the leaders of the Barn Theatre family. They are everywhere, all of the time. For example, you can often find Brendan driving the golf cart to help people from the parking area to the lobby before each performance. They, along with all of their cast, crew and staff members oversee all aspects of the operations, which is all of the fun stuff you see, along with tons of behind the scenes stuff you don’t.

It Truly Is A Family Business

In their spare time (HA), they are parents to four children: Luke, Calli, Jacob, and Melina, who you’ll also see in some productions, or running around the Barn lending a hand with different jobs throughout the week. None of the amazing things we do here could be done without their guidance, their dedication, or the endless hours they put in behind the scenes.

Next time you see Brendan or Penelope, be sure to say hello. They LOVE all of the new faces we’ve seen this season and are excited to see you all back at the Barn again soon!