Meet the Cast of MAMMA MIA!

Back by Popular Demand, (and nearly fully reserved already), the Barn Theatre is bringing you the ultimate feel-good musical MAMMA MIA! Over sixty million people around the globe have fallen in love with the story-telling magic of ABBA’s timeless hit songs propelling this funny, enchanting tale of love, laughter and friendship.

MAMMA MIA! takes place on the fictional Greek island of Kalokairi, where Donna (Barn leading lady Penelope Alex) is preparing for her daughter Sophie’s (Barn Favorite Melissa Cotton Hunter) wedding. Sophie has almost everything she’ll need for her big day, a close relationship to her mother, wonderful friends to be her bridesmaids (Returning apprentices Lexi Pinnata and Cosette Smith), and a practically perfect Fiancé (First-year apprentice Jack Supan). What she’s missing is her father to walk her down the aisle. The trouble is, according to her mother’s journal there are three possible candidates. Unbeknownst to Donna, Sophie invites all three men (Barn Favorites Patrick Hunter, Eric Morris, and returning Guest Artist Robert Newman) to her nuptials. As the wedding approaches, there are heartfelt reunions with Donna’s best friends (Guest Artists Kim Zimmer and Brooke Evans), confrontations with old flames, and more than one dazzling dance number to hit songs by Swedish super group ABBA. You won’t want to miss this “giddy guilty pleasure.”

MAMMA MIA! opened in the West End at the Prince Edward Theatre on April 6, 1999 and transferred to the Prince of Wales Theatre on June 9, 2004, where it played until September 2012. MAMMA MIA! opened on Broadway at the Winter Garden Theatre on October 18, 2001. It is the ninth longest-running Broadway show and the longest-running jukebox musical in Broadway history. The show was adapted for film and recently received a sequel “Here We Go Again” starring Cher, Meryl Streep and Amanda Seyfried.

The Barn Theatre’s production of MAMMA MIA! is sponsored by Midwest Communications. 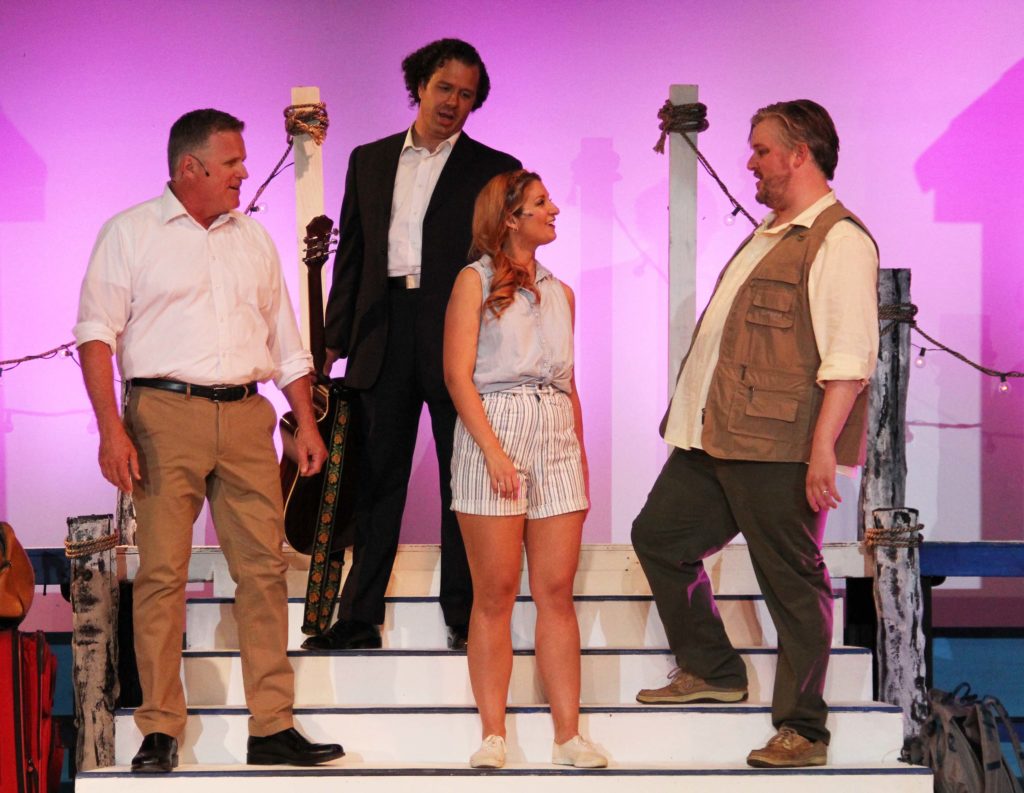 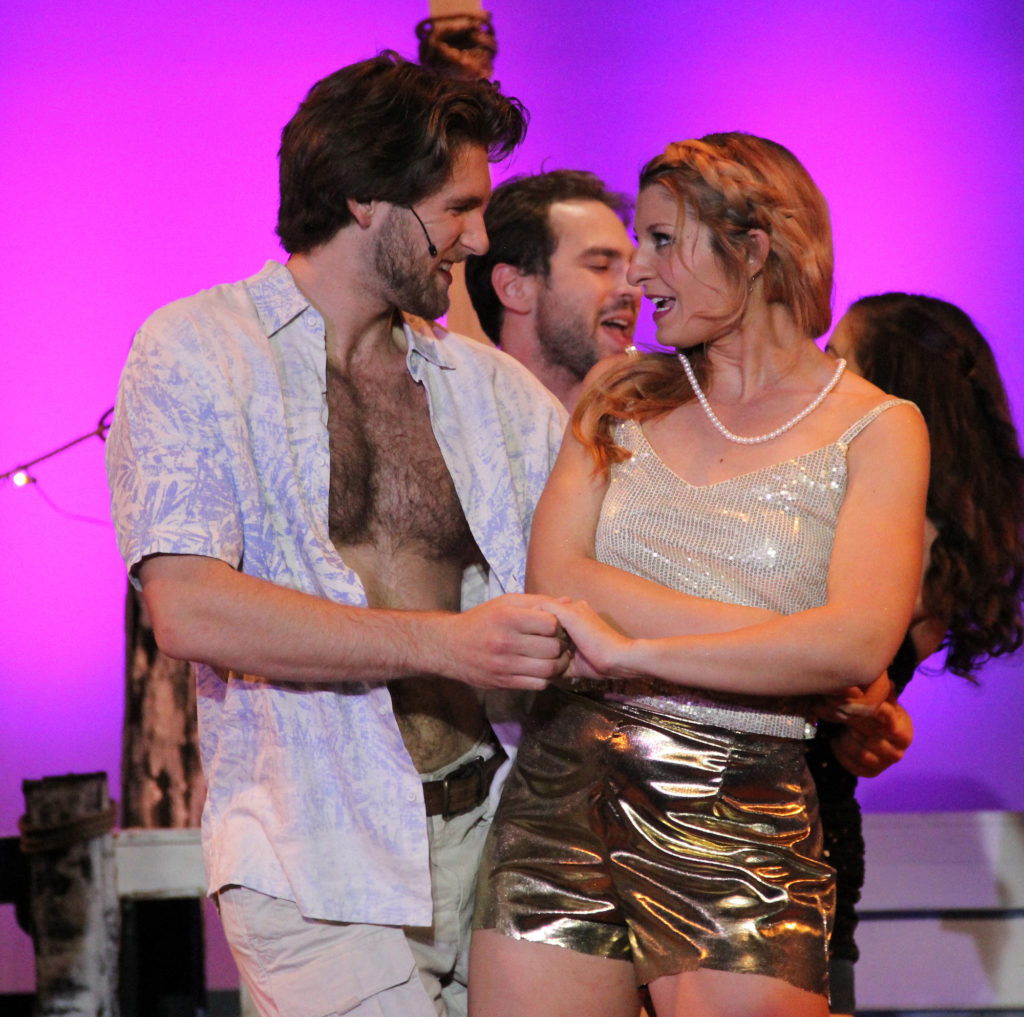 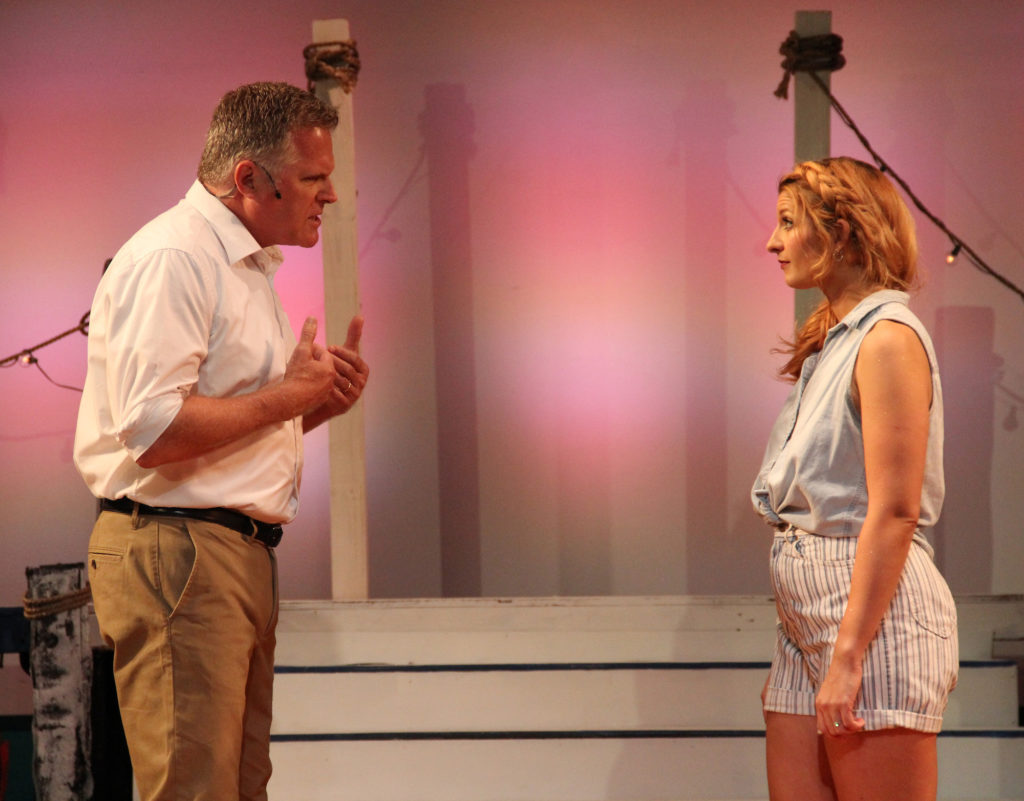 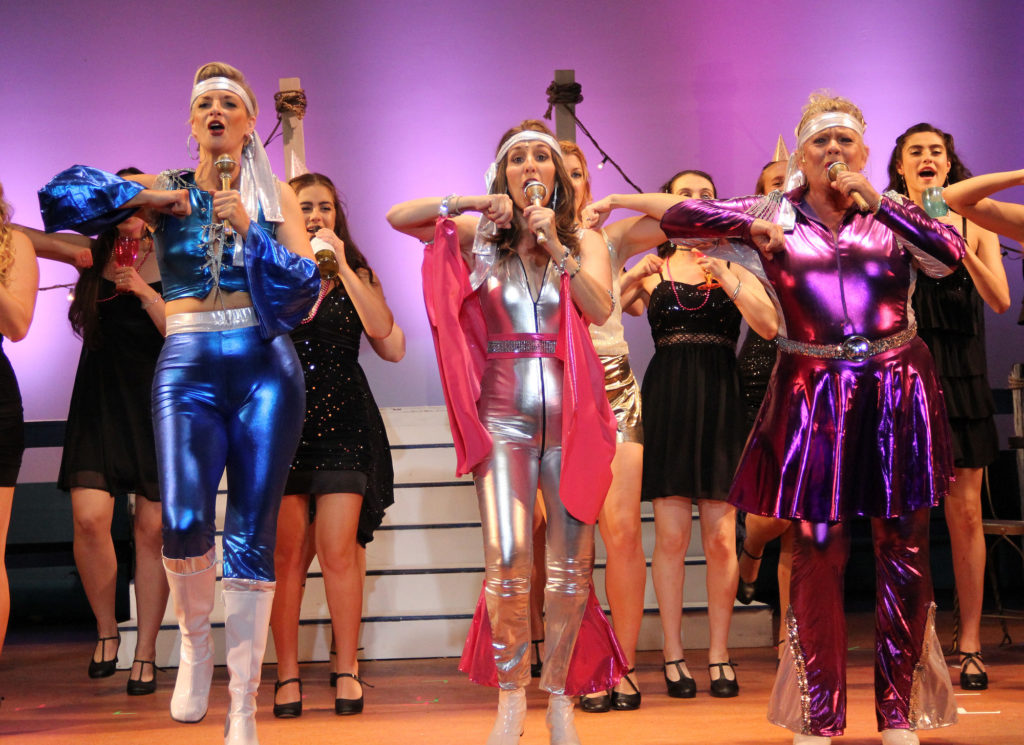 In addition to the Rehearsal Shed, we have recently opened Miss Penelope’s Saloon at the back of the Barn. Open before and during the show for you to grab a drink, and you can now bring into the theatre.