The Barn Theatre production of RENT is a special event that honors a beloved Barnie. The book, music, and lyrics were all written by “Barnie” Jonathan Larson who served as an apprentice in 1980-1981 and performed alongside Marin Mazzie, Tom Wopat and other Barn greats. 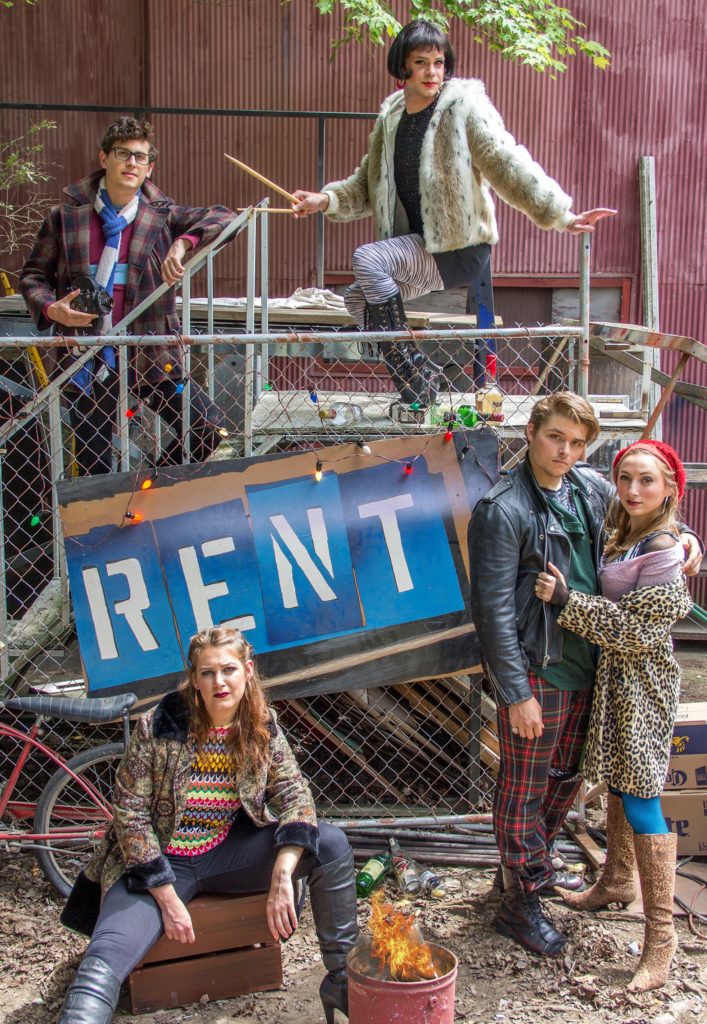 Though fear divides them, they all must come to terms with their pain and rely on their fringe menagerie family of friends to pull them through the year.

Two decades later, Barnie Jonathan Larson’s musical continues to speak loudly and defiantly across generations the world over. The Pulitzer Prize and Tony Award®-winning masterpiece got its regional premiere at the Barn in 2008. This Gen-Ex hit first debuted in February of 1994 at the New York Theatre Workshop to explosive reviews.  The rock opera opened off-Broadway in 1996 and moved to Broadway’s Nederlander Theatre on April 29 of the same year and ran until September 7, 2008 for a total of 5,123 performances.  Tragically, creator Jonathan Larson suffered an aortic aneurysm and died on January 25, 1996, the evening before RENT opened off-Broadway. Sadly, the composer never lived to see much of the show’s success.  The grit and passion of this musical have made it one of one of the most successful musicals in decades, featuring show stoppers such as “Today 4 You,” “One Song Glory,” “La Vie Boheme,” “No Day But Today,” and “Season’s of Love.”

The Barn Theatre School is proud to present an American Sign Language interpreted performance of RENT on Thursday, August 31 sponsored by Eaton.

The Barn Theatre is located on M-96, west of Augusta. Tickets are $37 for adults and $25 for children 12 and under for all performances. Visa, MasterCard, Discover and American Express are accepted.  Group rates available. The Box Office is open daily 10:00 am-10:00 pm. Tickets may now be purchased online. To reserve tickets at the Box Office – Call today: (269) 731-4121 or visit the box office page here.